Cathartic black metal outfit GAEREA are now announcing new tour dates for 2022! Besides their already announced assaults in Ireland with WINTERFYLLETH and Europe with HARAKIRI FOR THE SKY, GAEREA added UK dates to unleash their void upon. ‘The Grinning Martyrs’ tour will kick of at the Black Heart in London on April 21st and sees the band playing 7 more shows before a final curtain the Dead Wax venue in Birmingham a week later. A full list of confirmed dates can be found below.

GAEREA comment on the tour: “Upon an incredible amount of requests from the British Vortex Front, we are extremely pleased to announce that GAEREA will tour the UK in April 2022! We are ready and eager to unleash all the force and agony accumulated during the Limbo era on this brilliant run together with WODE. The Void’s Hunt never stops!” 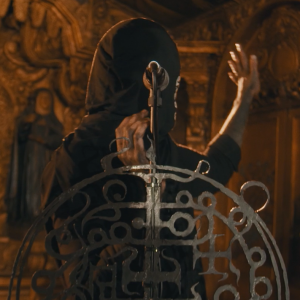 Cathartic black metal outfit GAEREA will be re-airing “The Bronze Halls” performance from Knotfest.com‘s “Pulse of the Maggots 2×21” festival! The magnificent set will re-air on Friday, July 16 @ 3:00 P.M. EDT // 21:00 CEST via the Season of Mist YouTube channel! You can set a reminder to watch the stream HERE. 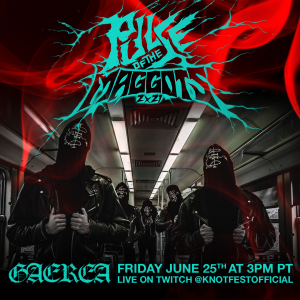 GAEREA Announced for Knotfest’s “Pulse of the Maggots 2×21”

Cathartic black metal outfit GAEREA have been added to the lineup of Knotfest’s “Pulse of the Maggots 2×21” online festival! The band’s brand new and never-before-seen “The Bronze Halls” performance will air in conjunction with the festival on June 25 via the official Knotfest.com Twitch channel! The festival will start at 3:00 P.M. EDT and will also feature sets from Hyro the Hero, As Everything Unfolds, Lotus Eater, Baest, Elyne, Cult of Lilith, Abbie Falls, Capra, Superbloom, Earthists, Pupil Slicer & Druid. A trailer for the festival can be seen HERE.

Cathartic black metal outfit GAEREA are now announcing their very first arrival in Ireland, in September 2021. Together with WINTERFYLLETH, the band will bring their Vortex Performance to Limerick, Dublin and Belfast. Tickets will be on sale on February 4th at 10:00 GMT / 11:00 CET. 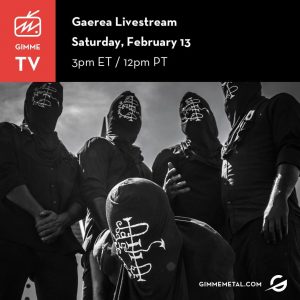 Cathartic black metal outfit GAEREA has partnered with Gimme TV to air their first ever virtual concert on Saturday, February 13 @ 20:00 CET! In addition to performing their sophomore record ‘Limbo’ in full for the first time ever, the band will also be selling exclusive merch and will be present for a live Q&A in the chat. Tickets for the event are $10.00 and are available now via the official Gimme App at THIS LOCATION. 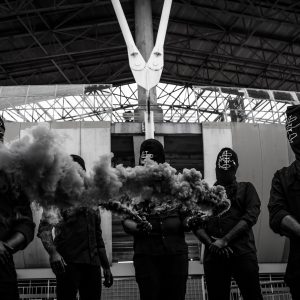 Cathartic black metal outfit GAEREA are now releasing a brand new live performance video for the tracks ‘Null’ and ‘Glare’, which are taken from the band’s recently released album ‘Limbo’. Watch the video via the official Season of Mist YouTube channel below.