Cathartic black metal outfit GAEREA are now proudly releasing their third new single ‘Mirage’, which is taken from the band’s upcoming album. The track, which comes in the form of an official music video, can now be viewed HERE. The album is set for worldwide release on September 23, 2022 via Season of Mist and can already be pre-saved HERE.

About the track; Life’s but a walking shadow. The act of taking advantage of the great disadvantages of consciousness of one’s experiments. Mirage is nothing but a prototype and painful dream where the necessary sufferings of being alive shall create the unnecessary fear of our demise.

GAEREA comment on the new offering: “The third single for the upcoming GAEREA album is finally upon us. The song is Called Mirage and it serves as the Bleeding Burning Torch which also names this record. It represents a battle between high and low, reality and perception and Solitude vs Freedom. This is Gaerea in its purest form, where the body language dictates the increasing catharsis of one of the Highest and important Monuments within this Album”

Pre-orders are live at THIS LOCATION. 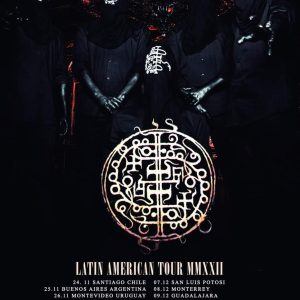 Cathartic black metal entity GAEREA will be embarking on their first ever Latin America tour starting tomorrow, November 24 in Santiago (CL)! The tour will then conclude in Medellin (CO) on December 17! 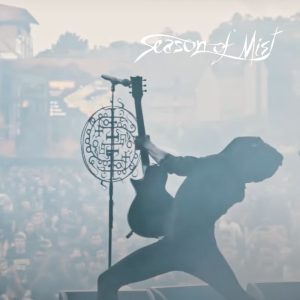 Cathartic black metal outfit GAEREA are now releasing a brand new video for the track ‘Laude‘, which is taken from the band’s freshly released album ‘Mirage’. The new offering celebrates GAEREA’s upcoming tour dates with label mates GAAHLS WYRD and SAOR which will kick off later this week. A full list of confirmed dates can be found below. 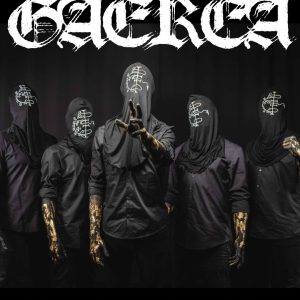 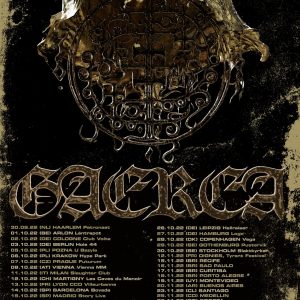 GAEREA to Tour Europe + Latin America for Rest of 2022 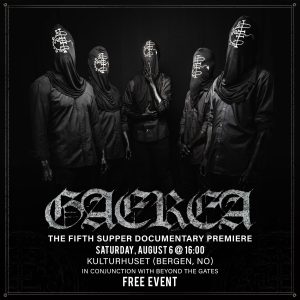 GAEREA Announces Documentary Screening at Beyond the Gates (Free Event)

Happening tomorrow, August 6, Beyond the Gates – GAEREA will be premiering a never-before-seen documentary + 2 unreleased music videos at Kulturhuset i Bergen @ 16:00 CEST! The event is free! The vortex society awaits…