More information about Voices of the Kronian Moon

Blackened heavy metal outfit NITE will be releasing their sophomore full-length, ‘Voices of the Kronian Moon,’ on March 25, 2022 via Season of Mist, making it the band’s debut to the label! The band has partnered up with Metal Injection to premiere their brand new song, “Acheron,” which can be heard at THIS LOCATION.

NITE mainman Van Labrakis comments: “’Acheron’ opens our upcoming album and introduces us to the world of Kronian Moon. It’s our take on the myth of the ancient river, where Charon led the souls of the dead past the gates of the underworld. In this case the Acheron river is a journey through space and time. A transformation and the beginning of a journey in an ancient alien world.”

‘Voices of the Kronian Moon’ is available to pre-order HERE. The album and singles can also be pre-saved across streaming services HERE.

Blackened heavy metal outfit NITE will be releasing their sophomore full-length, ‘Voices of the Kronian Moon,’ on March 25, 2022 via Season of Mist, making it the band’s debut to the label! The album art can be found below along with the tracklisting and other details. The band is now sharing the official music video for the first single, “Kronian Moon,” which was created entirely by the band! Watch/listen at THIS LOCATION. 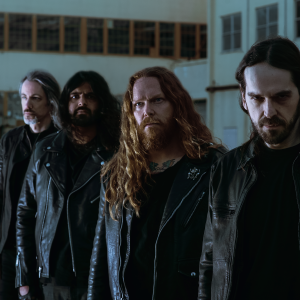 Blackened heavy metal outfit NITE have been added to two upcoming shows in the California Bay Area! Tomorrow, October 26, NITE will be supporting CRADLE OF FILTH and ONCE HUMAN at The Regency Ballroom in San Francisco. The band will then be supporting UNTO OTHERS and BLOOD STAR in Oakland on December 1. Ticket and event links are as follows: 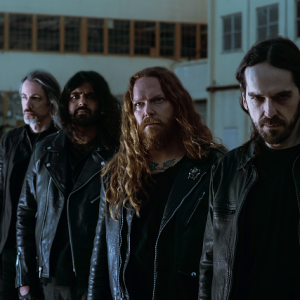 NITE Signs to Season of Mist

Season of Mist is proud to announce the signing of blackened heavy metal band NITE! The San Francisco outfit will be releasing it’s second full-length via the label at a later date. Stay tuned for more!