“This EP will have an experimental sound inspired from traditional music of the Maldives with the lyrics being based on the folklore, beliefs and legends of the islands here,” states guitarist Hilarl. “We wouldn’t say that this is the successor of ‘Decadence’, as the sound on these songs would be far from our normal sound, so we want to treat this as more of an experimental release. We are curious to know the people’s reaction to this. We have already started writing the material for our next full length album which would have a more familiar sound to the fans.”

Hilarl adds: “The other major change on this would be the fact that our longtime guitarist Fufu, who is also a founding member of NOTHNEGAL was not able to be part of the songwriting and recording of this EP due to personal commitments. Chippe (SERENITY DIES) filled in for him.”

The EP was recorded at Vakaruge Studios in the Maldives with producer Shamheed, with additional production being handled by Matt Hyde (SLIPKNOT, BULLET FOR MY VALENTINE, AS I LAY DYING) and Paul Reeve (MUSE). The ‘Nothnegal’ EP will consist of four tracks and will be released exclusively through digital retailers. 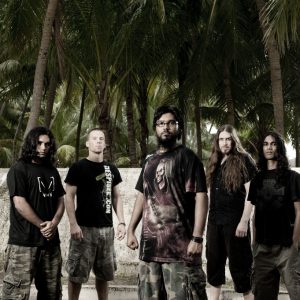 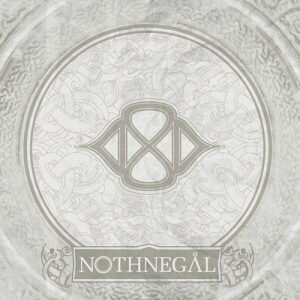 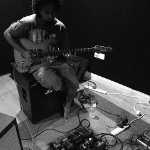 Maldivian powerhouse NOTHNEGAL’s debut album “Decadence” will hit the stores on February 28th in North America. The band and GuitarWorld.com are teaming up for a special contest giveaway, starting yesterday. The winner of the contest will receive a Jackson JS22R Dinky Guitar, a Rocktron Cyborg Digital Distortion Stomp Box, a copy of “Decadence”, and a NOTHNEGAL t-shirt.