OBSIDIOUS release the making of the “Iconic” music video

Modern technical metal band OBSIDIOUS are now releasing the making-of video for their latest music video ‘Iconic.’ The track is taken from the band’s upcoming debut album, which will be released via the label in early 2022. The video is available for watching via the official Season of Mist YouTube channel HERE!

OBSIDIOUS comment: “The Iconic music video reflects the different musical aspects and the intensity of the song perfectly. It was quite a challenge to shoot it with a singer that we still haven’t met because of corona restrictions. But in the end we were able to create a concept without making any unsatisfying compromises.” – Linus Klausenitzer 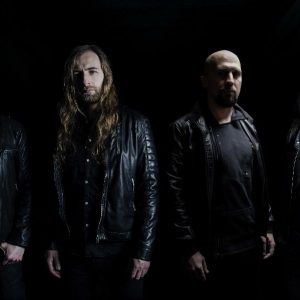 Season of Mist is proud to announce the signing of OBSIDIOUS! The extreme metal outfit will be releasing their debut album via the label early 2022. In celebration, OBSIDIOUS release a first new track which can now be viewed via the official Season of Mist YouTube channel HERE.