Last year, Perth’s premier electro power prog sensation VOYAGER were bestowed the distinct honor of taking part in the prestigious song contest, Eurovision – Australia Decides! Now, the band is premiering the highly-anticipated single that has been selected to compete! The stunning video for VOYAGER’s effervescent new ear worm, “Dreamer,” can now be seen and heard at THIS LOCATION.

For several years, VOYAGER has been petitioning to be selected as one of Australia’s musical representatives in Eurovision – Australia Decides. After being shortlisted in the previous year’s competition, the band has finally been tapped to represent Western Australia, making it the first time that the region has hope of winning the Eurovision title! The band will soon reveal the song that has been selected in the contest!

VOYAGER vocalist and keytarist Danny Estrin has previously commented on the track, “As humans, we tend to look to the stars and glorify what could be. Simply, ‘Dreamer’ is about looking at the here, the now and valuing what we have around us. Especially over the last two years, hopes and dreams vs the tiny locked down bubble we live in has been a constant push and pull… It’s good to be a dreamer, but the grass isn’t necessarily always greener. We’re bringing this track to ‘Eurovision – Australia Decides’ as our official entry and we can’t wait to finally be on stage again!”

“Dreamer” can be pre-saved across streaming services HERE. 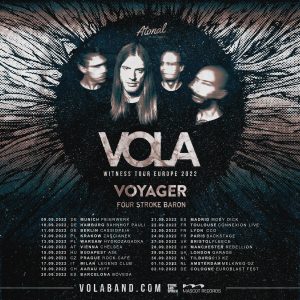 VOYAGER will once again land their Australian feet on European soil during the ‘Witness Tour Europe 2022’, supporting the mighty VOLA. The tour will be kicking off in Munich (DE) at Feierwerk on the 9th of September 2022 and will be traveling through 12 different countries, delivering 21 energetic shows before the final show, which will end at Euroblast Fest in Cologne – (DE). Together with VOLA and FOUR STROKE BARON they will spread all of their best throughout Europe. Welcome back VOYAGER! 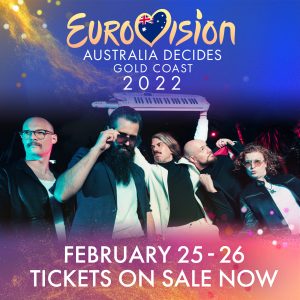 The first rounds of results are in! Perth’s premier electro power pop sensation VOYAGER have won the Aussievision’s Australia Decides 2022 public poll in their bid for Eurovision for the song “Dreamer!” The last two polls winners, Kate Miller-Heidke and Montaigne, went on to win ‘Australia Decides!’ The results can be seen HERE. 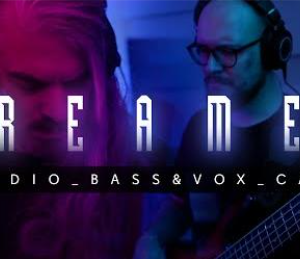 Singer Danny Estrin and bassist Alex Canion of Perth’s premier electro power prog sensation VOYAGER are now sharing a joint bass and vocal studio video for the song “Dreamer!” The single has been selected to compete in prestigious song contest, Eurovision – Australia Decides! Watch the play-through, which was filmed by Mike Dann at Hopping Mouse Studios, at THIS LOCATION. 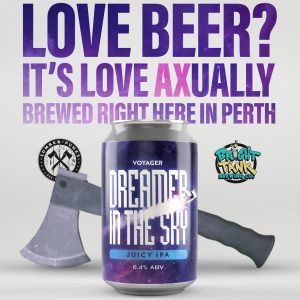 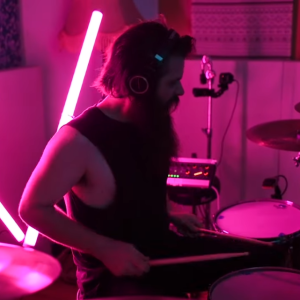 Drummer Ash Doodkorte of Perth’s premier electro power prog sensation VOYAGER is now sharing an epic drum play-through for the band’s new song, “Dreamer!” The single has been selected to compete in prestigious song contest, Eurovision – Australia Decides! Watch the play-through, which was filmed by Mike Dann & Ash Doodkorte at Hopping Mouse Studios, at THIS LOCATION.