More information about No God, No Satan

As previously announced, French black metallers OTARGOS will release their fourth album on August 30th (September 14th in North America) on Season of Mist’s Underground Activists division. Here are the cover artwork and tracklisting of “No God, No Satan”:

3-Crosses Design has worked for many bands such as Enthroned, Impiety, Destinity, WHiplash, The Few Against Many, Guillotine and many others.

OTARGOS recently shot a video clip for the song “Cloning the Divine” taken from the upcoming album “No God, No Satan”. You can watch it on YouTube, MySpace, Vimeo, Facebook and our brand new Dailymotion page!

Do not miss the band at Hellfest next week! 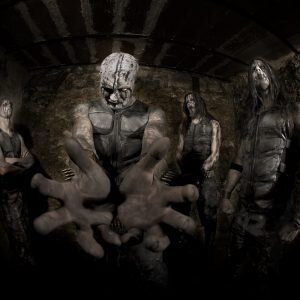 French Black metallers OTARGOS present the video clip for “Worship Industrialized”, a song from last year’s “No God No Satan” album. The clip was directed by Federico Anastasi (Undeci | Decimi), who had already crafted the video for “Cloning the Divine”.

OTARGOS TO REAP DEATH WITH WATAIN AND DESTRÖYER 666!

In the wake of the release of their new album “No God No Satan” due next week, French black metallers OTARGOS will join fellow label mates WATAIN and DESTRÖYER 666 on the Reaping Death Tour 2010.

After the success of last year’s “Fuck God – Disease Process” album, Season of Mist is proud to continue their collaboration with French Black Metal act OTARGOS. The band’s fourth plague is entitled “No God, No Satan” and will hit the stores on next August 30th on the Underground Activists division.