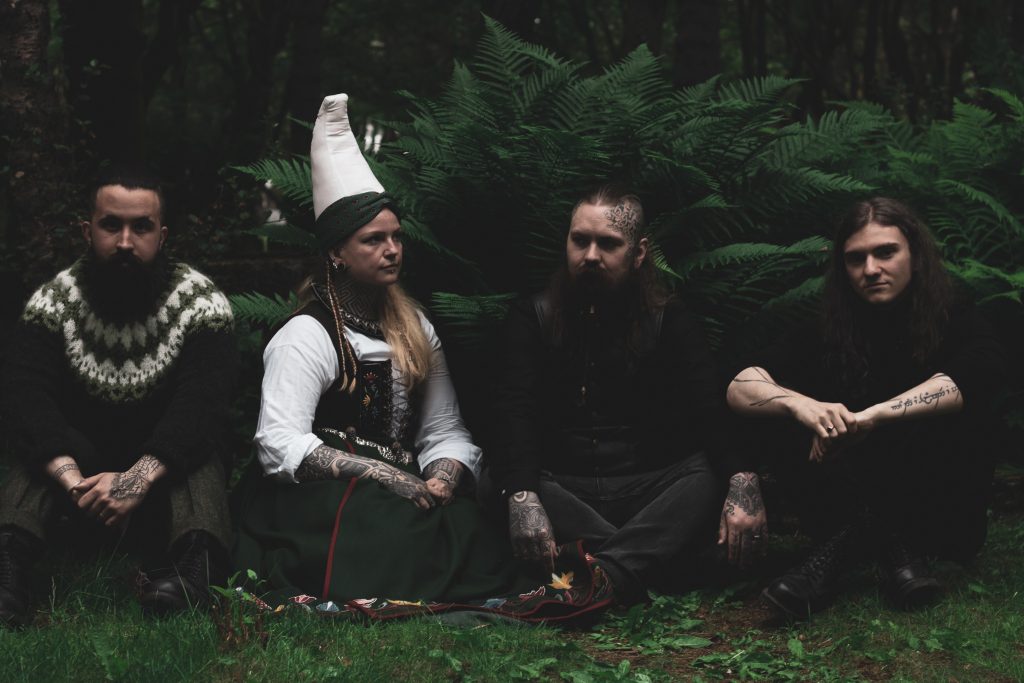 Originally a solo project by singer and multi-instrumentalist Will Hunter, VÉVAKI is a folk band which draws from Nordic heathenism and animistic traditions. Myth, ritual and a connection with the natural world inform VÉVAKI’s music, which is both contemporary in sound and wide-ranging in instrumentation.

Debut album ‘Edda’ came in 2020 when VÉVAKI was a still a solo project, although Sigurboði Grétarsson and Florian Baudrain made contributions. Taking a collection of Old Norse poetry – the Poetic Edda – as its source material, ‘Edda’ breaths new life into these stories through its musical journey, at once beautiful and hypnotically heady.

VÉVAKI’s second album, ‘Fórnspeki’, finds the band expanding upon their sound while staying true to their folk roots and traditions.  Sigurboði Grétarsson has joined VÉVAKI as a full-time member, as has Gísli Gunnarsson and Hrafnhildur Inga Guðjónsdóttir. The new material is, says Will, broader and more mature sounding.

“VÉVAKI is very much based in our modern heathen tradition,” Will notes. “Sigurboði and I had been playing music for a while and we have used music as part of our personal spiritual practise. We had worked on some songs together but they were very much personal. Then we had a jam session in this cave in Iceland and afterwards we tried to record a song. I asked if Sigurboði would feature on it and he said yes, thankfully. Then I went home and used my home recording equipment to do a song which we sent to Danheim (Danish folk musician) and he put me on his online record label. And that’s how VÉVAKI started. We did a full album from there. Sigurboði featured heavily on it, even though he wasn’t in the band in any official capacity. But he did lots of drums and vocals and stuff like that.”

VÉVAKI employ various stringed instruments and percussion throughout their music, its dynamics buoyed by the complementary vocal styles of Will, Sigurboði and Hrafnhildur and the cinematic soundscapes sculpted by Gísli Gunnarsson. This comes to the fore on ‘Fórnspeki’.

“We decided to go a bit bigger,” says Will. “We started working on the second album and we brought in Gísli, and the sound has changed quite a bit, I think. It’s much more mature now. In my opinion, Gísli is the glue that holds us together. He comes from a modern classical background. And Hrafnhildur was an obvious choice, to add an important female dynamic. Her voice has a healing quality to it, I think, and that’s a big thing with the new album.”

Sigurboði adds, “‘Fórnspeki’ was composed around this concept of the ritual and of the performance. There will be a performance and ritual on stage, because that’s how the songs are imagined. And some of the songs came from rituals that we’ve done or have spawned from the rituals. For example, the song ‘Dísablót’ is based around a ritual that we would do. It’s got lots of chants in there that we would do and we hope that other people might be inspired. On this new album we have a lot of original lyrics. But it’s both based in the myth and the practice. It’s not all about the gods but also about the worship and the ritual.”

VÉVAKI is a fluid and resourceful project, employing traditional and contemporary instrumentation of various origins.

“We’re not going for historical accuracy,” points out Sigurboði. “We’re not married to the idea that it has to be a Nordic instrument. We’re not Vikings. We’re not the Shamans, or the Priests. We are the practitioners, the regular folk making the offerings.”

Adds Will, “We are trying to step away from that whole Viking thing. There are modern songs for modern beliefs. We put a lot of emphasis on that.” 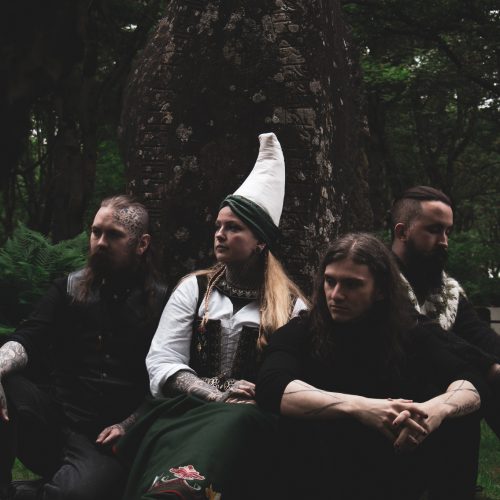 Season of Mist are proud to announce the signing of VÉVAKI! The Nordic folk outfit will release their second album ‘Fórnspeki’ via Season of Mist in the fall of 2022. In celebration of the signing, and to provide a taste of things to come, the band now release a first new track already! The song “Jötnablót”, which is accompanied by an official music video, can now be viewed via the official Season of Mist YouTube channel HERE. The track can be pre-saved HERE. 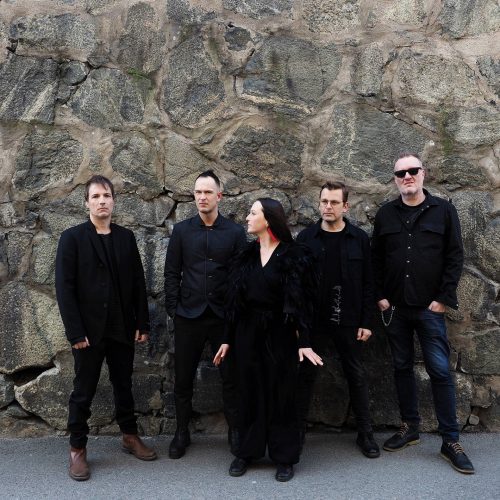 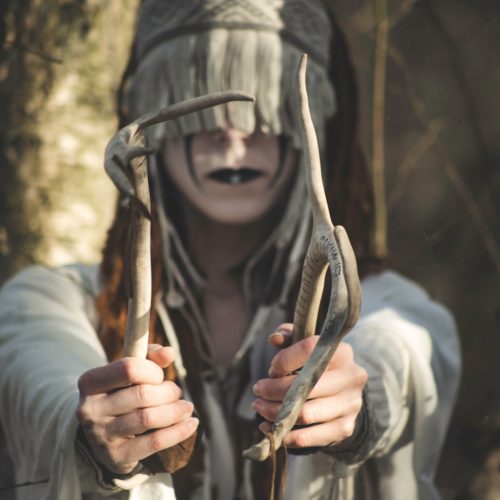 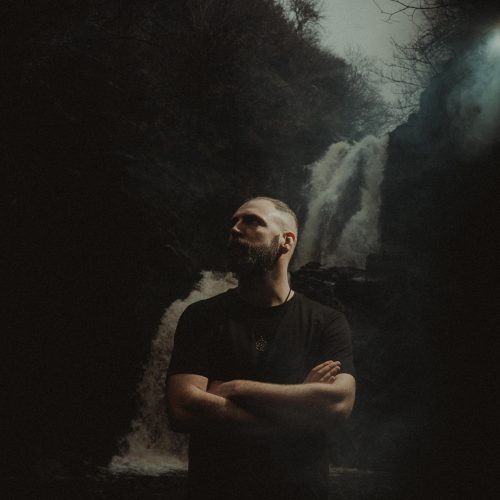 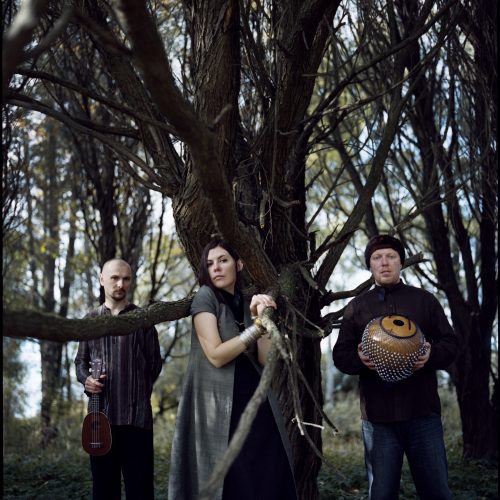 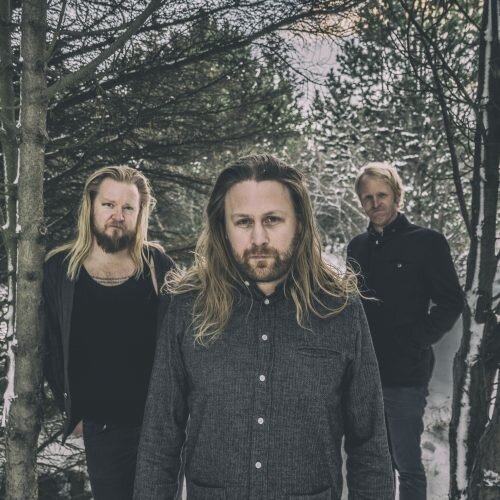